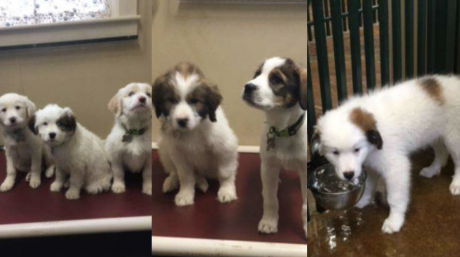 BOSTON (WHDH) – Puppies named after six Boston Bruins players will be at City Hall Plaza on Friday to help celebrate the grand opening of “The Patios.”

The litter of recently rescued puppies were named on Saturday, just as the puck dropped on Game 1 of the second round playoff series between the Bruins and Lightning.

“These pups were named most appropriately, with great honor and pride – and we think they will bring lots of good luck to our Boston Bruins team,” officials said in a press release.

For those interested in adoption, the puppies will be available to see starting at 3:30 p.m.